The Camino Mozárabe: Stretch 1 from Granada to Córdoba

During the Muslim domination over the Iberian Peninsula, the Christians who wanted to stay in the occupied areas were forced to Islam but many of them kept professing their faith in secret.  These Christians received the name of Mozarabs and many of them followed the old Roman roads from Al-Andalus on a pilgrimage toCompostela.  Today the Camino Mozárabe starts in Granada, passes through Córdoba until Merida, where it joins the Ruta de la Plata. There are some variants coming from Almería and Málaga but they are not very well-known and waymarked. We should note that in south Spain during the summer months can be very hot so it is recommended to take this path between September and April.

Transfer from the airport in Granada to the Hotel. Free time to visit the city, specially the Cathedral and the Alhambra, the famous magnificent architectural masterpiece of the Islamic artwork.

We can also attend to a typical flamenco show in the Sacromonte square.

Today we have our first stage before us which is quite hard. We leave Granada starting off next to the convent of the Comendadoras de Santiago and we pass by the villages of Pinos Puente and Olivares. Then we start the ascent to Moclín, which is around 1.000 m high.

* It is possible to divide the stage into two with an overnight stay in Pinos Puente, as the ascent to Moclín is quite tough.. If you are interested in it please don’t hesitate to contact Viajes Orbis

We walk till Fuente de Malalmuerzo, where there is an important cave dated to the Neolithic period. Then we pass by Coto de los Pedernales. The landscape we’ll see these days is  marked by olive fields and small forests.

We pass through the villages of Aldea de Puertollano and Ventas de Carrizal. Until Fuente Amuña we’ll be surrounded by pine forests and olive groves. In Alcaudete there’s the opportunity to visit the church of San pedro and the convent of Santa Clara dated back to the 16th century.

We’ll cross olive fields until we reach Cortijo de la Paloma. We continue our camino until Laguna del Salobral. Soon after we reach Baena, a village with Pre-Romanesque origins where we can visit several monuments and museums.

Today’s stage is very quiet as we hardly see any village. As the last days, we’ll mainly see olive fields We get to Castro del Río, a small but very nice village where we’ll have the opportunity to visit the church of  El Carmen and Jesus Nazareno in Baroque style.

We keep on going passing through the village of Espejo until Santa Cruz. On our way we’ll see the river Guadalquivir.

We get closer to the pretty city of Córdoba, where we’ll visit several museums. But the most important attraction is the Great Mosque of Córdoba, turned into a Cathedral in the 13th century.

Free time to visit the city. Transfer to the airport in Córdoba.

*There is the possibility to extend the stay in Granada and Córdoba, if you are interested in it please don’t hesitate to contact Viajes Orbis. When extending your stay, apart from having more time to enjoy the city, we can arrange some excursions.

*It is also possible to combine various trips, e.g. follow the Camino Mozárabe until Mérida and from Mérida to Santiago de Compostela along the Ruta de la Plata. 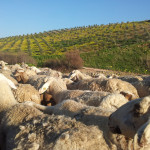 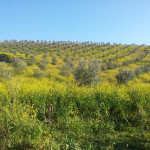 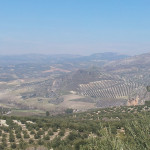 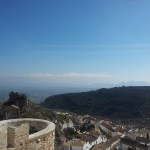 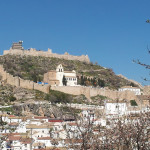