Last 100 km of the Camino Portugués: From Tui to Santiago de Compostela

The last 100km of the Camino Portugués. From Tui to Santiago de Compostela

From Tui to Santiago de Compostela, the last 100 km.

The origin of the Portuguese Camino de Santiago actually predates the Camino de Santiago itself as it partly runs along an old Roman road.  Later the Camino Portugués was supported by different kings of Portugal upon the discovery of the remains of the Apostle Santiago.  This demonstrates their commitment to this path. Even some neighboring monarchs visited the grave.
In the twentieth century with the apparition of the Virgin in Fátima, the Portuguese pilgrimage route becomes less important in the neighbouring countries and the pilgrimages to Fatima became established in this country.

Today, thanks to the efforts of associations of the Camino de Santiago and institutions of both countries the path has become the second busiest one after the Camino Francés.  This path is described in many guides as a way for beginners because the stages are shorter than average in the Camino Francés and has no mountainous areas

Flight to O Porto, Vigo or Santiago de Compostela. Transfer to the hotel in Sarria. Free time to visit this nice city, the most important thing to visit is the Cathedral of Santa María in Romanesque and Gothic style. The town is located on the border between Portugal and Spain, or better to say Spanish Galicia. The river Miño across this town is a natural border. We can visit the Portuguese city of Valença do Minho, opposite to the river, with its interesting citadel.

In the morning we leave Tui to start our first stage of the Camino. We’ll go through many typical Galician landscapes from the coast with eucalyptus and also typical villages from this area. On leaving Tui we’ll pass through the village of San Bartolomé, where we will visit a small Romanesque church. We´ll go across the bridge, Ponte das Febres (in Castilian means fever bridge) and through the villages of Orbenlle and Virxe da Guía until Porriño, known by its granite bridge.  Free time to walk around the town of Porriño.
* Before arriving at Porriño there are two variants, one that goes through an Industrial Park and another new one which is much quieter and we recommend to take.

Before leaving Porriño we can visit the chapel of Las Angustias. In today’s stage we will pass through different villages with their chapels, many of them in Romanesque style, such as the chapel of Santa Maria, Santa Eulalia de Mos or Santiaguiño de Antas.  Before arriving in Redondela we have a nice view of the coast and the bridge, Puente de Rande that was built to cross the estuary of Vigo.  This area is well-known for its tasty oysters and seafood.

Today we have a very beautiful stage before us because we’ll see the sea.  Before leaving Redondela you can visit the church of Santiago, which dates back to the 20th century and was restored in the 16th century.  In Pontesampaio we’ll cross a bridge that gives the place its name and where many battles took place during the French occupation.  There we can visit the church of Santa Maria, a fine example of Romanesque architecture in the region.  Free time in the afternoon to visit the beautiful town of Pontevedra.  Most important are the churches of  La Peregrina, where there is a statue of the Virgin Mary dressed as a pilgrim, the church of Santa Maria and the Alameda park.

We leave Pontevedra and our camino runs mainly through eucalyptus and pine forests as the last days. Along today’s stage we´ll see many “cruceros”, a very typical Galician monument related to the “Santa Compaña” which is a deep-rooted mythical belief in rural Galicia that denotes the presence of the dead in the world of the living, we must remember that Galicia is a land of “Meigas” (Meiga means witch in Galician)
We’ll go through villages like Santa María de Alba and Agudelo, where we can visit the church of San Martín, dated to the 13th century. Free time in the afternoon to have a walk around Caldas de Reis.

Before leaving Caldas we can visit the church of Santa María de Caldas, with influence of Maestro Mateo, author of the Romanesque masterpiece “El Pórtico de la Gloria” in the Cathedral of Santiago.  In the village of Santa Marina de Carracedo we see the church, the parish house and the “hórreos”, typical granaries from Galicia built in wood or stone, raised from the ground by pillars that are mainly used to store potatoes, corn, cereal and to dry meat.
Upon reaching Padrón we have the opportunity to visit this beautiful city, very important in the Camino de Santiago.  According to legend, the stone boat carrying the body of St. James arrived at the port of Padrón and from there the remains were transferred by his disciples to its present location, Santiago de Compostela.
Today this region is also well known for the Padrón peppers which grow from May to October.  They are small peppers fried in olive oil and the interesting thing about them is that some are spicy and some others not.

This is our last stage before reaching our destination.  First we’ll pass by Iria Flavia, ancient episcopal see.  You can visit the church.  Here was born the Nobel laureate Camilo José Cela.
We pass through the villages of A Escravitude, Faramello and Milladoiro before reaching Santiago.
Upon arrival in Santiago, we’ll visit the city, especially the Cathedral and the old town.  In the city there are also interesting museums such as the Cathedral Museum, the Pilgrim Museum or you can visit the roof of the Cathedral.

Free day to visit this beautiful city, proclaimed a UNESCO World Heritage Site in 1985. At 12 noon we’ll attend to the Pilgrim’s Mass which is held every day at this time.  Durin the morning we’ll visit the market town, Plaza de Abastos.
Transfer to the airport.

*There is the possibility to extend the stay in Santiago, if you are interested in it please don’t hesitate to contact Viajes Orbis. When extending your stay, apart from enjoying the city, we can arrange some excursions.

*It is also possible to combine various trips, e.g. follow the Way of Saint James until Finisterre. 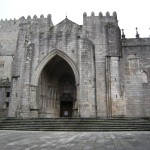 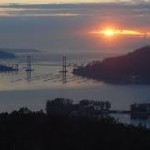 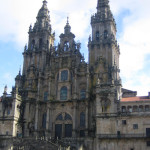